How to Recognise Team Members with a Limited Budget 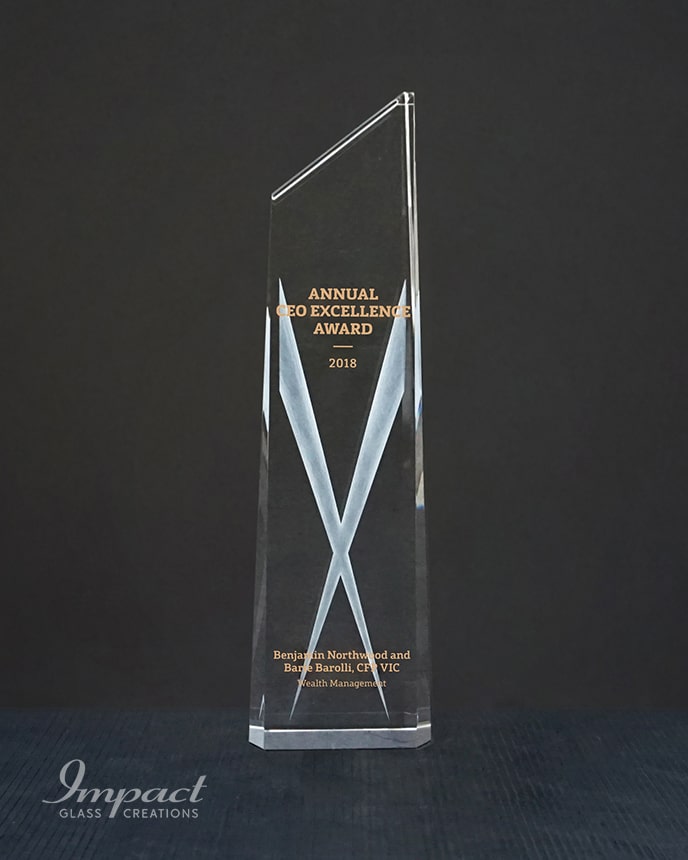 Recruiting the best people is a difficult and time-consuming task so, once you’ve got them, you have to try hard to hang on to them. Although many people change employment for an increase in pay, a lot of them also leave due to a perceived lack of recognition. This latter reason is something you can overcome relatively easily and without breaking the bank to do it.

Recognising an achievement with a monetary reward, such as a bonus or an increase in pay, will undoubtedly be appreciated by an employee. However, it’s not necessary to incur great expense to show your appreciation and something much less expensive can often be just as effective.

Personal Awards are Most Effective

The key to recognising team members is to make it very personal. Rather than a standard award that’s handed out automatically on achieving a certain goal or a specified level, show the employee you’ve taken time over the award and have put in a degree of effort.

A unique glass trophy that’s engraved with the employee’s name and details of their achievement will be something the recipient will really value and will be happy to put on display for others to see. Such an award can be achieved on a limited budget but will have a value that far exceeds its cost.

Another key element for an effective award is to act quickly. Don’t wait for a regular meeting but at least offer a few words of praise promptly, so the employee knows their efforts are appreciated. The official award of a trophy can wait until later.

For the best effect, make your awards part of a regular programme that recognises and rewards effort and achievement at specific intervals. Starting an ‘employee of the month’ award or similar will give your staff something to aim for and generate extra effort. Rather than basing the awards on a subjective judgement that can cause controversy, set specific targets and make your awards based on those targets being achieved or exceeded.

As well as awards for individuals, you can make team awards that will reward collective effort and encourage employees to work together for the common good. A main trophy that is held for a specific period plus individual awards that employees can keep won’t cost a lot of money but will help to promote a good team spirit and a great work ethic.

Recognition of staff achievements is one of the best ways to reduce employee turnover and make people feel they really belong and their efforts are appreciated. By praising their efforts and making an award to mark them, you’re demonstrating that the company really cares for its employees.

Any achievements should also be widely publicised, whether at staff meetings, on company notice boards, by social media or any other method. Make sure as many people as possible know what’s been achieved and the company’s appreciation of it.

Individual and team awards, although costing relatively little to produce, even in a personalised form, can reap huge rewards in terms of the benefits they bring. Employees will be much more motivated and less likely to leave the company for another job. Mutual respect will be created, productivity will increase and the atmosphere in the company will markedly improve — and all for a little thought and a relatively small expense.

The initial challenge is to set up the award scheme properly and ensure you provide quality awards that are personalised and will be appreciated by the recipient. Unique glass trophies from Impact Glass Creations, inscribed with the recipient’s name and details of the award, will achieve your aims for a very reasonable cost.

So, your business has just won a high-end award. Obviously someone from the management team or higher up in the business is going to step up and accept it. But what about the team that worked tirelessly behind the scenes on the campaign, product or service? Isn’t it...

Are Corporate Gifts and Mementos Dead?

In years gone by, you could always expect some sort of year-end gift from companies that you with or for. They normally came in the form of branded mugs, pens, caps and desk calendars. However, the last few years have seen this age-old tradition fall by the wayside in...

How to Incorporate your Theme or Logo into a Unique Award

Awards are given to mark achievements such as an employee’s long service, exemplary work, or gaining a particular success. As such, the awards should be high quality, unique and personalised to reflect the importance of the event. A cheap, off the shelf trophy, on the...

When it comes down to it, not recognising the achievements of employees is the mark of a poorly performing business. When employees are taken for granted, they tend to do only the bare minimum that is necessary and aren’t motivated to improve their performance. A...

Get a FREE no-obligation quote today!